Antique Map of Austria and Hungary by Ortelius (c.1590) 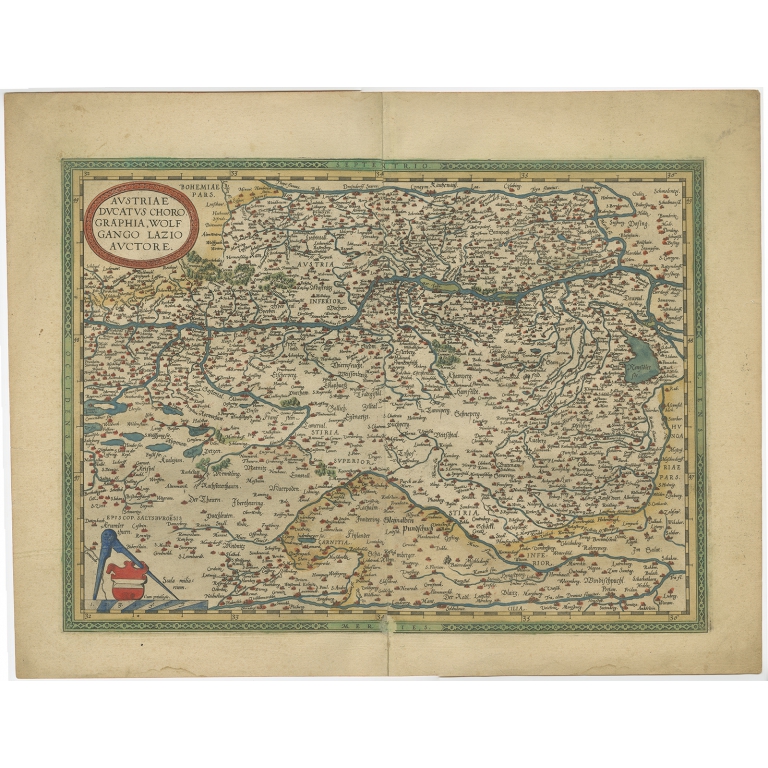 Description: Antique map titled 'Austriae ducatus chorographia, Wolfgango Lazio auctore'. Decorative regional map of Austria and Hungary, following the Danube from Lintz to Bratislava and extending north to the Teya and south to the Dranus. Based upon the work of Wolfgang Lazius. This map originates from 'Theatrum Orbis Terrarum' by A. Ortelius.